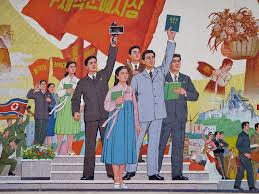 In Lance Wallace’s The Importance of Critical Thinking he discusses the difficulty groups with differing opinions have when engaging in meaningful conversation. Wallace believes the reason for this is that people often think in the black and white rather in the more difficult grey area. In addition not everyone is comfortable with the skill of critical thinking.  The solution Wallace suggests to this problem is that people need to be more open-minded.

While the internet has created the ideal space for free speech to prosper with sites like Wikipedia, reports show that free speech may be under attack. Governments have taken control of several news outlets and increased the censorship within social media. Corruption has also taken its toll on free speech with reporters and journalist from countries like Mexico being assassinated for speaking their mind. As well as corruption and government interference in media, the difficulty people have with indifference and opposing opinions has also affected the freedom of speech. Many western democracies thrive on free speech which pushes authoritarian regimes to cripple it.

Why is critical thinking essential to a democratic society and how can be used to protect free speech?

According to the procedural  definition of democracy, there is a set of political rights and civil liberties that determine if a democratic society is truly democratic. Although the political rights mostly have to do with elections, civil liberties address that strong democracies need to allow freedom of speech, access to information, and the ability to assemble. If a democracy increases the restrictions of these freedoms it would be considered democratic breakdown. This freedom of opinion and the expression of that opinion is what allows the multiple party aspect of a democracy to be successful. Critical thinking and an open mindedness allows there parties to debate and coexist peacefully.