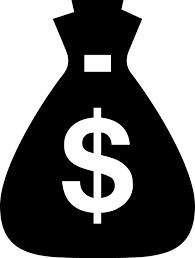 The “Political Economy” from Dickovick and Eastwood describes the different measures of economic prosperity. For example, the state’s GDP and GNI can be helpful in attempting to get a broad sense of a state’s economic situation, although they neglect important factors like wealth distribution among the population. To better understand wealth distribution, the Gini coefficient measures wealth inequality in a given population on a scale from 0 to 1  However, more specific indices like the PPP are helpful in accounting for a country’s economic status in relation to its cost of living. Dickovick and Eastwood define political economy as “the interaction or interrelationship between politics and the economy in a given country or internationally, to include how politics affects economies and how economies affect politics”. Inflation, hyperinflation, and deflation all change the value of money in relation to prices, a process that harms the national economy. In modern states, most of the roles are played by private actors but there is still some space for government intervention like there is in the U.S. Many theories about government involvement exist, from Adam Smith’s laissez-faire to Friedman’s “Chicago Boys” and their free markets and John Maynard Keynes’ theories of government spending.

How do discrepancies in the cost of living in America specifically affect citizens?

In Business Insider’s “Many early retirees embrace a tough decision most people aren’t willing to make”, author Andy Kiersz describes the way that many savvy Americans are moving out of pricey cities like New York, San Francisco, or San Diego. Instead, they’re retiring or working fewer hours in places like Boulder, CO, Bend OR, and rural Tennessee. Low taxes and lower rents are driving these people out of the cities they called home in search of a simpler and cheaper life.

It’s very interesting to compare the cost of living between countries using tools like the PPP, but it can be just as important to look into the countries by region and level of urban development. Considering the cost of living domestically is the best way to get a sense of the true socio-political conditions of a given country like the United States.