Russia is a nationalist state. Its beginnings are founded on conquest and Westernization when Peter the Great first introduced the notion of forbidding nobles to wear their customary beards in the 18th century as well as when Alexander I defeated Napoleon’s invasion of Russia in 1812. Later in the 19th century, Russia became one of the last countries to emancipate serfs and state peasants. Although this may be seen as “modernizing,” Russia was significantly “behind the game.” They were still a non-constitutional monarchy and heading towards a “backward” direction with state-sanctioned industrialization. These industrial workers were able to garner enough force against the existing government to call for the 1905 Revolution that created a constitutional monarchy. However, this regime soon toppled with the Russian Revolution of 1917 that brought the communists to power with the Bolsheviks. The new communist regime increased the role of the state in the government and led agrarian reforms under Vladimir Lenin. Following this, the Stalinists regime came to power with the First Five Year Plan of rapid industrialization. After Russia’s involvement in WW2, the ideological war (Cold War) between the West (America) and the Soviet Union began until both sides finally came to an agreement. De-Stalinization began with Kruschev and Bresnev. In the 1980s and continuing into the 90s, socialist reforms flocked the Soviet Union with free-market techniques and privatization that concluded the dissolving of the Soviet Union to the Russian Federation in 1991. Today, Russia is a hybrid or competitive authoritarian regime. Under Putin, the regime experiences a centralized power with assertive rules and norms so that no one individual or group can ever question the strength of the government. 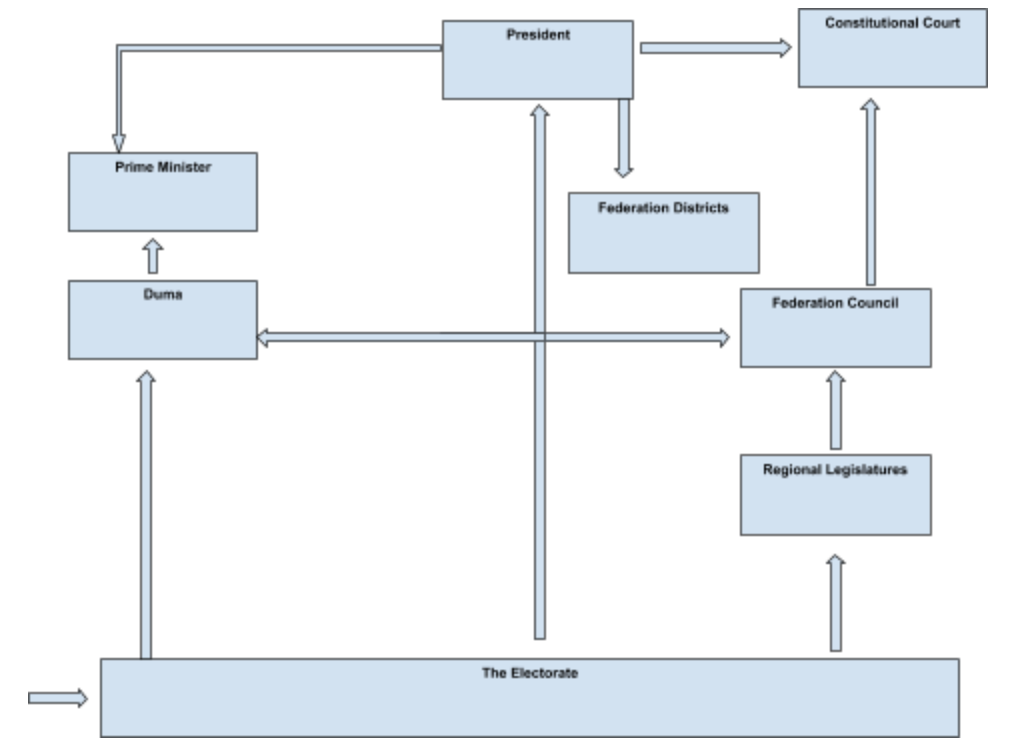